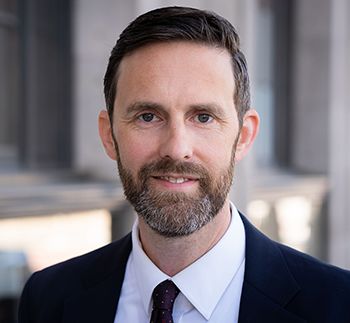 Mark D. Bratt – of The Bratt Law Firm – launched his Los Angeles / Culver City-based firm with a simple goal to help individuals and their families seek justice when they have been wrongfully harmed. He has worked on hundreds of complex injury and terminal cancer cases throughout the country, with a primary focus on exposures to asbestos (mesothelioma + lung cancer), chemicals, products liability, and accidents causing catastrophic injuries. Taking a heart-lead and hands-on approach, Mark always strives to make a real difference in each client’s life while guiding them through challenging and uncertain times.

Mark has tried dozens of jury trials – winning over $150 million in verdicts and settlements for his clients. He has been honored with several awards for his trial work and notable results, including a 2018 nomination as the Los Angeles “Trial Lawyer of the Year” (CAALA), the National Trial Lawyers “Top 100 Trial Lawyers” and “Top 40 Under 40” (2014), as well as being recognized as a Los Angeles Super Lawyer’s “Rising Star” (2015-2019) and an “Up-and-Coming 100” Lawyer in Southern California (2015-2017). He is a current member of Justice HQ, CAALA, CAOC, and AAJ.

Outside of the courtroom, he regularly volunteers his time to mentor and train law students, paralegals, and lawyers on effective litigation tactics through lectures, workshops, and mock trials (Harris Martin, PALS, Perrin). His recent work on the CAOC Board of Governors has helped strengthen California’s consumer protection laws with the passing of SB 477 – which now permits family members to seek pain and suffering damages on behalf of someone wrongfully killed. When not seeking justice for his clients Mark prioritizes spending time with his family and friends – whether it's walking to dinner in downtown Culver City, catching a live concert at the Hollywood Bowl, or watching his daughter play soccer at the park. And just know… if you see him on a local basketball court he is just as tough to face there as he is in the courtroom.

My goal in life is to wake up every day and help people. That’s what drives me.